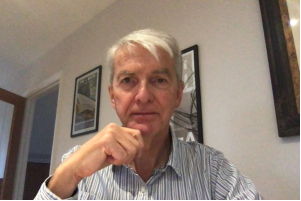 Fellow of Gonville and Caius College, University of Cambridge.

I am interested in the molecular genetics of essential hypertension and pre-eclampsia, and the role of salt in hypertension.

The recent focus of my group has been the molecular basis of the rare monogenic hypertension syndrome of pseudohypoaldosteronism type 2 (PHA2 or Gordon’s syndrome). PHA2 is inherited as a Mendelian dominant trait with a characteristic phenotype of low-renin (salt-dependent) hypertension and hyperkalaemia. The latter distinguishes it from the other familial forms of hypertension that typically cause low serum potassium. At least 3 loci for PHA2 exist and those on chromosome 12 and 17 are caused by mutations in members of a novel family of kinases called WNKs (pronounced ‘winks’), so-called because they lack the lysine residue that was previously thought to be crucial to all serine-threonine kinases (With No K=lys). To date, mutations in the genes encoding WNK1 and WNK4 have been reported including our own collections of PHA2 families (Goldbang et al, 2005). The third PHA2 locus on chromosome 1 is still uncloned.

We have explored the function of WNK1 and WNK4 in the Xenopus expression system to show that they affect the trafficking of both a Na/Cl transporter (NCCT, the target of thiazide diuretics) and a K-channel (ROMK). However, the effect of the WNK4 mutations differs between these two targets: it is a loss-of-function against NCCT and a gain-of-function against ROMK. In the distal kidney tubules of a PHA2 individual this would cause increased expression of NCCT (and hence salt retention) but decreased expression of ROMK (and hence reduced K secretion). This explains the phenotype of hypertension and hyperkalaemia seen in PHA2 individuals. The discovery of WNKs has radically altered our view of the distal kidney tubule with ROMK and NCCT expression in the apical membranes dynamically controlled by WNKs. There is also evidence that the epithelial Na-channel (ENac) and channels outside of the kidney (CFTR) are regulated by WNKs. The precise details of how WNKs regulate trafficking are still not well understood and we are pursuing this further. But it is clear that although they can behave as kinases they have protein-protein interactions that do not require a catalytically intact kinase domain. This is apparent from in vitro work and the observation that the predominant WNK1 isoform in the kidney is a truncated form lacking the N-terminal kinase domain.

The group is also involved in several large-scale genotyping projects to identify genetic risk factors for pre-eclampsia (as part of the GOPEC consortium) and arterial stiffness (using the ENIGMA cohort).